Step back in time, listen to grim stories of true crime, and explore the secrets of Melbourne’s dark past through eerie laneways and ghostly buildings.

Let one of Melbourne’s top-rated ghost tour guides take you on the exploration of the haunted and horrific past of Melbourne. Traverse through historic streets that tell tales of their gruesome past and learn of the city’s most haunted sites. Explore and potentially unlock the mystery of one of the world’s most notorious killers. Could the infamous Jack the Ripper have been Melbourne murderer Frederick Bailey Deeming?

Who are the spiritual beings said to inhabit the city? Learn of them, including Dame Nellie Melba’s eerie presence and of her parties that are thrown at one of Melbourne’s most historic venues, The Hotel Windsor, almost a century after her death.

Retrace the footsteps of The Singing Strangler, A U.S. marine stationed in Australia during WWII fixated with the voices of young women.  Uncover the ghastly Melbourne underworld and hear salacious stories of prostitution and former opium dens as you wind through Chinatown. Learn the history of the famous Madame Brussels and the politicians and corrupt cops that frequented her establishments.

Be led along the Yarra River to relive the story of the most gruesome discovery in Melbourne’s history, the Body in the Box. Learn of the horror find, the morbid response, and the answer to the mystery of the cities most gruesome criminal act.

What is the connection between our most haunted pub and Melbourne’s high society? Wind-down after a whirlwind tour with a refreshing beverage at one of Melbourne’s favorite pubs. 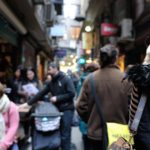 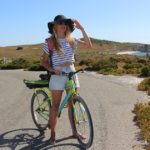